At the moment, the gates of La Roca de Merida are still closed for corporate worship, but praise the Lord, the church continues to worship at home. It is estimated that the churches in the Yucatan will not open until September. Even when we are being affected by COVID-19 pandemic, it is clear to us that God is who reigns (Psalm 97).

In the meantime, I bring you an update on the three areas of Mexico in which God is working through church planting of the Bible Fellowship Church.

At the end of 207 in the west of Merida city a family from La Roca de Merida, who live in that area, opened their house in order to host a Bible study with a desire to share the gospel with some neighbors. The Lord has gathered a group of 20 to 25 people who meet on Fridays to study the word of God. Also, a group of ten women from the neighborhood meets once a week to study the Bible and have a time of prayer. Some outings have been arranged to invite neighbors to attend Friday Bible studies so that it is known in the neighbohood that a Bible study is available to them.

In the past few months, there have been some conversations among the Bible study participants about stepping forward and becoming a church plant. People have shown interest in the idea. In the last three months we have not been able to have meetings due to the confinement because of the pandemic. However, there is contact with them and some resources are being sent to them to continue studying the word of God.

Our mission in southern Merida continues its efforts to reach the community. The Lord provided a larger place last year to celebrate worship services. We thank God for his provision. God has provided a married couple to join Villa Magna to help Pastor Freddy Chi in the ministry as well as two teenagers who also desire to serve the Lord. They help Pastor Freddy lead Sunday worship. They are being discipled and trained by Pastor Freddy.

Freddy’s wife, Nury, is having weekly meetings with some women for discipleship. The families who are gathering at church are few, and still unstable, with several hard situations, but nothing is impossible that the power of the Gospel cannot transform

At the beginning of the year we started to pray for the Tapachula project. Brother Imer Molina, after attending La Roca de Merida for three years, got married and decided to return with his wife Ana to their hometown of Tapachula. We had some phone conversations with Imer since then. One day, he told me about his desire to serve the Lord by sharing the Word, but he did not know exactly if the Lord was calling him to ministy. So we began to pray for him and for a future mission work in Tapachula.

A few months later, Imer began meeting with some family and friends for Bible studies. This group was about 10 people when the pandemic hit. They started virtual meetings, but some of the members feared that the group would lose interest. But it has been quite the opposite! The group has been growing with 17 people connecting virtually on Thursdays and Sundays to study the Gospel of Mark.

Imer, and one of the Bible study attenders named Daniel, are interested in learning how to preach. So, a month ago, we started a virtual Homiletics course. I am in Merida about 698 miles away from Tapachula. Imer and Daniel have never been to seminary, but both are well read and self-taught. We already had some conversations with Imer and some of the group about taking a next step towards planting a church in Tapachula.

Pray for Church Planting in Mexico

We are grateful to you, our brothers and sisters in Christ, for your continued prayers for church planting in Mexico! If you would like more information about Hispanic church planting for the Bible Fellowship Church, please read more here.

Marcos Ramirez is the Director of Church Planting in Mexico as well as the pastor of La Roca de Merida. If you are interested in church planting in Mexico, please contact Marcos at office@churchplantingbfc.org

Keep posting. It’s a good reminder to pray for you.

Thank you so much for your prayers and support for Church Extension! Praise the Lord! 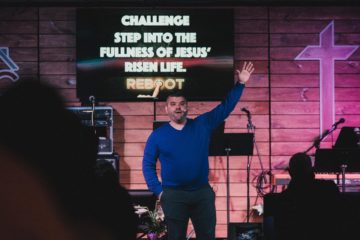 As a church plant, you are in the building stages of every aspect of church life including ministry to children. Here are three ways to minister to children in Sunday morning worship when you don’t Read more… 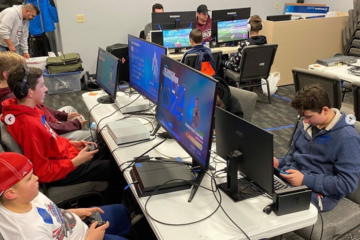 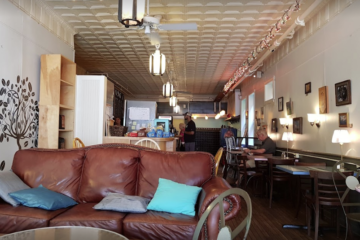